From ConsoleMods Wiki
Jump to navigation Jump to search
BVM-A32E1WU 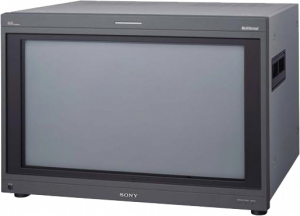 The BVM-A32 is widely considered the king of Sony CRTs. With a massive 32" screen and a 1000TVL screen, it's Sony's premier set.

The BVM-A series monitors require a rather rare input board for RGB/YPbPr inputs: the CRT:BKM-68X. It is recommended to instead get Martin Hejnfelt's BKM-68X clone (source files) as it is much more stable and has less sync issues.

Retrieved from "https://consolemods.org/wiki/index.php?title=CRT:BVM-A32E1WU&oldid=5420"
Category:
Cookies help us deliver our services. By using our services, you agree to our use of cookies.