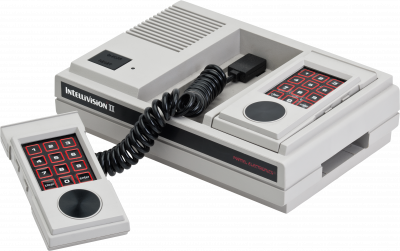 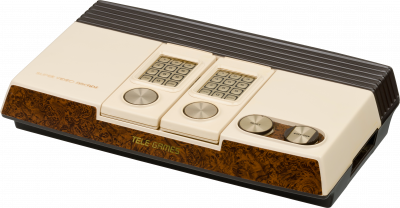 The Mattel Intellivision is a console from the second generation of video game consoles, initially released to a limited test market in 1979 and receiving a nationwide release in 1980. Based off a chipset from General Instruments, the Intellivision was the first game console to feature a 16-bit CPU and its games generally featured more sophisticated gameplay than those of its competitors. To this end, Mattel engaged in an aggressive marketing campaign starring sports journalist George Plimpton, which pitted the Intellivision directly against the Atari 2600. The console sold fairly well during the early 1980s, enough to the point where Mattel introduced a smaller, cost-reduced system (the Intellivision II) late in 1982. Although Mattel ultimately exited the video game market in the aftermath of the 1983 crash, a company known as INTV Corporation acquired the rights to the Intellivision and began selling games and consoles until 1990. The original Intellivision currently enjoys a small but dedicated following, with a steady stream of homebrew titles coming out every year. Plans to introduce a modern day successor from the system's current rights holder have also been floated over the past several years.

Retrieved from "https://consolemods.org/wiki/index.php?title=Intellivision:Intellivision_Mods_Wiki&oldid=21089"
Category:
Cookies help us deliver our services. By using our services, you agree to our use of cookies.